Staphylococcus aureus is a major human pathogen responsible for a wide diversity of infections ranging from localized to life threatening diseases. Since 1961 and the worldwide emergence and spreading of methicillin resistant S. aureus (MRSA), this bacterium has shown particular capacity to survive and adapt to drastic environmental changes. Until recently, S. aureus was considered as the prototype of nosocomial pathogen but it has now clearly shown also responsible for outbreaks in the community. Several recent reports suggest that the epidemiology of MRSA is changing.
The understanding of pathogenicity, virulence and emergence of epidemic clones within MRSA populations is not clearly defined, despite several attempts to identify common molecular features between strains sharing similar epidemiological and/or virulence behavior. These studies included pattern profiling of: i) bacterial adhesins, ii) clonal complex groups, iii) genotypes based on MLST determination, or iv) enterotoxins content. To date, all approaches failed unraveling correlation between molecular determinants and clinical outcomes.
We hypothesize that parameters contributing to strain virulence or to strain capacity to evolve from non-invasive to invasive character are contained within the genetic material of strains, i.e. in their genome. We propose here the utilization of massively parallel methods of analysis to study the contribution of this genetic make-up. By using bio-informatics and molecular tools -either publicly available or specifically developed by our team- we plan to identify single nucleotide polymorphisms at the genome scale, on more than 10 genomes, including 2 clinically relevant strains that we recently sequenced. Regions of interest showing particular polymorphism or highly conserved segments will retain our attention. This evaluation will be performed on the entire genome including ORFs as well as non-coding sequences. Microarrays developed in our laboratory will allow evaluating potential gene expression in regions previously described as intergenic. The same microarrays will be used to perform genotyping experiments on characterized strain collections or groups. Strain collections will be identified by benefiting from previous works performed in our laboratory on; i) clonal complex classification as well as ii) clinical and epidemiological parameters easily obtainable from our institutional patient database. Patterns previously disclosed by bio informatics and microarray strategies will be identified in our collection of extensively characterized isolates. In vitro screening of isolates will then be performed using high-throughput assays for evaluating the capacity of selected isolates to : i) produce biofilm, ii) adhere to extracellular matrix proteins, iii) evaluate growth capacity, and iv) resist killing by neutrophils. Overall, this proposal will contribute to evaluate common features among strain populations, in correlation with their defense and growth capacity. Ideally these determinations will allow appreciating micro and macro evolution of MRSA and identifying specific genomic markers of evolution towards invasive or highly virulent phenotypes. 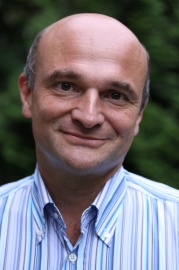