The University celebrated its 450th anniversary in 2009.  Jean Calvin was the driving force behind the creation of the Geneva Academy in 1559, the precursor of the present university.

The Academy was originally conceived as a theological and humanist seminary, the guardian of Reform doctrine.  During the Enlightenment distinguished scholars found inspiration here and new disciplines were introduced such as physical and natural sciences, law and philosophy.

The Academy shed its ecclesiastical vocation during the political and social upheavals of the 19th century and, following the establishment of the Faculty of Medicine in 1873, it became a university.

Contemporary researchers continue to open up new frontiers of knowledge such as the discovery of exoplanets or superconducting materials while humanist values are still strongly integrated into both research and teaching.

For the full history of UNIGE, please refer to the pages dedicated to the 450th anniversary (in French only) 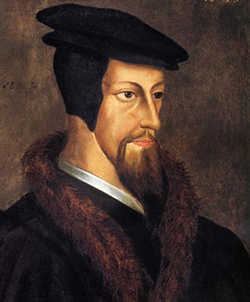